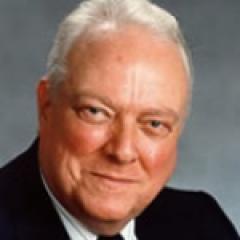 Bruce J. Biddle was Professor Emeritus of both Psychology and Sociology at the University of Missouri in Columbia, where he founded that university’s doctoral program in social psychology, founded (and for 30 years) served as director for its Center for Research in Social Behavior, and served as Founding Editor for the journal, Social Psychology of Education. His long-term research and scholarly endeavors involved work on role theory, the role of the teacher, classroom interaction, youth decision-making, relations between social theory, social research, and policymaking in advanced, industrial nations, and recent, fraudulent attacks on American public education—and he published many articles and books on these topics, often co-authoring with talented colleagues.

His most influential books were three monographs, The Study of Teaching (Holt, 1974, co-authored with Michael Dunkin), Role Theory: Expectations, Identities, and Behaviors (Academic Press, 1979), and The Manufactured Crisis: Myths, Fraud, and the Attack on America’s Public Schools (Addison-Wesley-Longan, 1995, co-authored with David Berliner). He studied and wrote about the massive, unforgivable amount of youth poverty tolerated in U.S. and the destructive effects of that poverty in American education, in his book The Unacknowledged Disaster: Youth Poverty and Educational Failure in America (Sense Publishers).