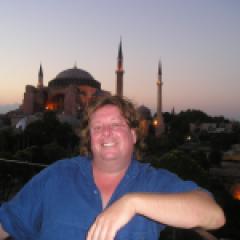 With his Masters and Doctorate from Harvard, where he was the recipient of the Dr. Stephen G. and Wanda W. Jones Scholarship and the Roy E. Larson Research Fellowship, Pepi Leistyna was a Professor of Applied Linguistics Graduate Studies at the University of Massachusetts Boston.  There he coordinated the research program, taught courses in cultural studies, critical pedagogy, media literacy, and language acquisition, and was the Director of the Center for World Languages and Cultures.

Pepi spoke internationally on issues of cultural politics, democracy, and social justice, which included in Canada, Italy, the UK, France, Portugal, Germany, India, Turkey, Australia, and Hong Kong. Of his over 100 publications, his books include: Breaking Free: The Transformative Power of Critical Pedagogy (Harvard Publishing Group), Presence of Mind: Education and the Politics of Deception (Westview), Defining and Designing Multiculturalism (SUNY Press); Corpus Analysis: Language Structure and Language Use (Rodopi), and Cultural Studies: From Theory to Action (Blackwell). His forthcoming book is Television and Working Class Identity: Intersecting Differences (Palgrave). Pepi's work has been published in English, German, and Mandarin. He was also a co-founder and senior editor for the online journal Booksmarts, and co-editor of the book series Minding the Media: Critical Issues for Learning and Teaching, with Peter Lang Publishers. He was on the editorial boards of the International Journal of Critical Pedagogy; Radical Teacher; Public Resistance, and the Journal for Critical Education Policy Studies, and was a contributing editor for Situations: Project of the Radical Imagination.

He was a founding member of the International Institute for Critical Pedagogy and Transformative Leadership. His documentary film with the Media Education Foundation, narrated by Emmy, Golden Globe, Screen Actors Guild, and Hollywood Foreign Press Association Award winning actor Ed Asner, with music generously provided by The Dropkick Murphys, is Class Dismissed: How TV Frames the Working Class, for which he was the 2007 recipient of the Studs Terkel Award for Media and Journalism. The film had its U.S. premier at the Silver Lake Film Festival at the Arclight Cinema in Hollywood, CA as part of the State of the Union Program sponsored by the AFL-CIO, with an introductory panel that included Oscar winning actress Sally Field, California State Senate Majority Leader Gloria Romero, and American Federation of Television and Radio Artists president John Connolly. It was chosen as number 40 in Films For Action’s "The Top 100 Documentaries Inspiring the Shift to a Sustainable Paradigm". His photography has been exhibited internationally. He was the 2013 recipient of the Peace Maker Award for his work in Palestine.

Editorial: Winning Without the Facts