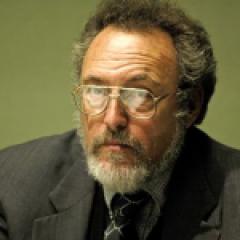 University of Wisconsin at Madison

Michael W. Apple is the John Bascom Professor of Curriculum and Instruction and Educational Policy Studies at the University of Wisconsin, Madison.  He also holds Distinguished Professor appointments at the University of Manchester and Northeast Normal University in China.  A former elementary and secondary school teacher and past-president of a teachers union, he has worked with educational systems, governments, universities, unions, and activist and dissident groups throughout the world to democratize educational research, policy, and practice.

Professor Apple has written extensively on the politics of educational reform, on the relationship between culture and power, and on education for social justice.  Among his recent books are: The Routledge International Handbook of Critical Education; The Routledge International Handbook of Sociology of Education; Global Crises, Social Justice, and Education; and most recently Knowledge, Power, and Education; and Can Education Change Society?  His books and articles have won numerous awards and have been translated into many languages.

He has been awarded a Lifetime Achievement Award by the American Educational Research Association, the UCLA Medal for "Outstanding Academic Achievement," and a number of honorary doctorates by universities throughout the world.

Research Panel: What’s Lost When the Lights Go Out in Brick and Mortar Schools?