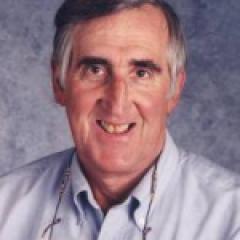 Larry Cuban is a former high school social studies teacher (14 years), district superintendent (7 years) and university professor (20 years). He has published op-ed pieces, scholarly articles and books on classroom teaching, history of school reform, how policy gets translated into practice, and teacher and student use of technologies in K-12 and college.

His most recent research projects have been a study of school reform in Austin (TX) 1954-2009 and of a large comprehensive high school in Mapleton (CO) being converted into several small ones between 2001-2009. The Austin book, As Good As It Gets, and the Mapleton study entitled Against the Odds (with co-authors Gary Lichtenstein, Arthur Evenchik, Martin Tombari, and Kristen Pozzoboni) were published in early 2010. He and Jane David have just finished a second edition of Cutting through the Hype that was published in late 2010.

Currently, he has just completed a two-year study of a high school where teachers and students have had 1:1 laptops since 2004. He has been writing vignettes of teachers and other aspects of the study and posting them from time to time on this blog (http://larrycuban.wordpress.com/about/).